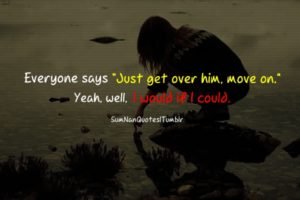 Did you ever walk in a room and forget why you walked in? I think that’s how dogs spend their lives.

I asked my new girlfriend what sort of books she’s interested in, she said: Check books.

The easiest way to make your old car run better, is to check the prices of new car.

Several women appeared in court, each accusing the other of the trouble in the flat where they lived. The judge called for orderly testimony. “I’ll hear the oldest first,” he decreed. The case was closed for lack of evidence.

What is the difference between men and pigs?
Pigs don’t turn into men when they drink.

My wife thinks “freedom of the press” means no-iron clothes.

A husband, the owner of a new car, was somewhat reluctant to allow his wife to drove his prize possession…even to the grocery store which was a few blocks from the house.
After she insisted, he finally relented, cautioning her as she departed, “Remember, if you have an accident, the newspaper will print your age!”

A boy tells his mom that he seen a boy & a girl sitting at the top of the roof & kissing. Then his mom tell him that they are gonna get married.
Then the boy asks his mom: When is dad gonna marry the maid?

“Take a pencil and paper,” the teacher said, “and write an essay with the title ‘If I Were a Millionaire'”
Everyone but Philip, who leaned back with arms folded, began to write furiously.
“What’s the matter,” the teacher asked. “Why don’t you begin?”
“I’m waiting for my secretary,” he replied.

Wife’s definition of retirement: Twice as much husband on half as much pay.

Nurse: A beautiful woman who holds your hand for one full minute and then expects your pulse to be normal

At the scene of an accident a man was crying: O God! I hv lst my hand, oh!
Santa: Control urself. Don’t cry. See that man. He has lost his head. Is he crying?

A blonde was being admonished by the doctor: Until the penicillin cleans out ur infection, u r to have no relations whatsoever!
Pausing for a moment, blonde replied: Ok, but what about friends & neighbors?

A French in a hotel in NY, phoned room service for some pepper.
Attendant: Black pepper or white pepper?
French: Toilette pepper!

A French guest, staying in a hotel in New York, phoned room service for some pepper.
“Black pepper, or white pepper?” asked the concierge.
“Toilette pepper!” said the Frenchman.

We sleep in separate rooms, we have dinner apart, we take separate vacations–we’re doing everything we can to keep our marriage together

3 thoughts on “One Liners”